Last month saw the return of Sacramento’s annual Cesar Chavez March after a two-year hiatus due to Covid concerns. The Peace & Freedom Party along with several area labor organizations and unions were well represented at the event, as they and we have been since the first such event in 2000.

In 1956, Larry Itliong, Philip Vera Cruz, and others founded the Agricultural Workers Organizing Committee (AWOC), which was a union of mainly Philippine farmworkers. The growers would use Mexican farmworkers to break their strikes. In 1965, they decided to strike the table grape farms for the federal minimum wage in the Delano, California area. The leaders of AWOC met with leaders of the newly organized National Farm Workers Association (NFWA) leaders, Cesar Chavez and Dolores Huerta, and agreed to jointly strike. The following year the two unions merged into the United Farm Workers, AFL-CIO (UFW). Chavez became the leader of the new union.

In 1970, the Peace and Freedom house became headquarters for the grape boycott in Long Beach, California. Picketing of Safeway became a weekly event and when Chavez called for a 100-mile march through the Coachella Valley from Coachella to the Mexican border, Sharon Simpson and C.T. Weber were there for the entire march. In the last mile or so, the march swelled from about three dozen to a few hundred as prominent national Democrats showed up to march and share the stage.

This year was the 20th Annual Cesar Chavez march. Kevin Martinez, L.R. Roberts, Richard Perry, and a comrade from Yolo County PSL were among those tabling at the Peace and Freedom Party table. Three PFP-endorsed candidates, Luis Rodriguez for Governor, Gary Blenner for Secretary of State, and Marco Amaral for Superintendent of Public Instruction, spoke at the rally. 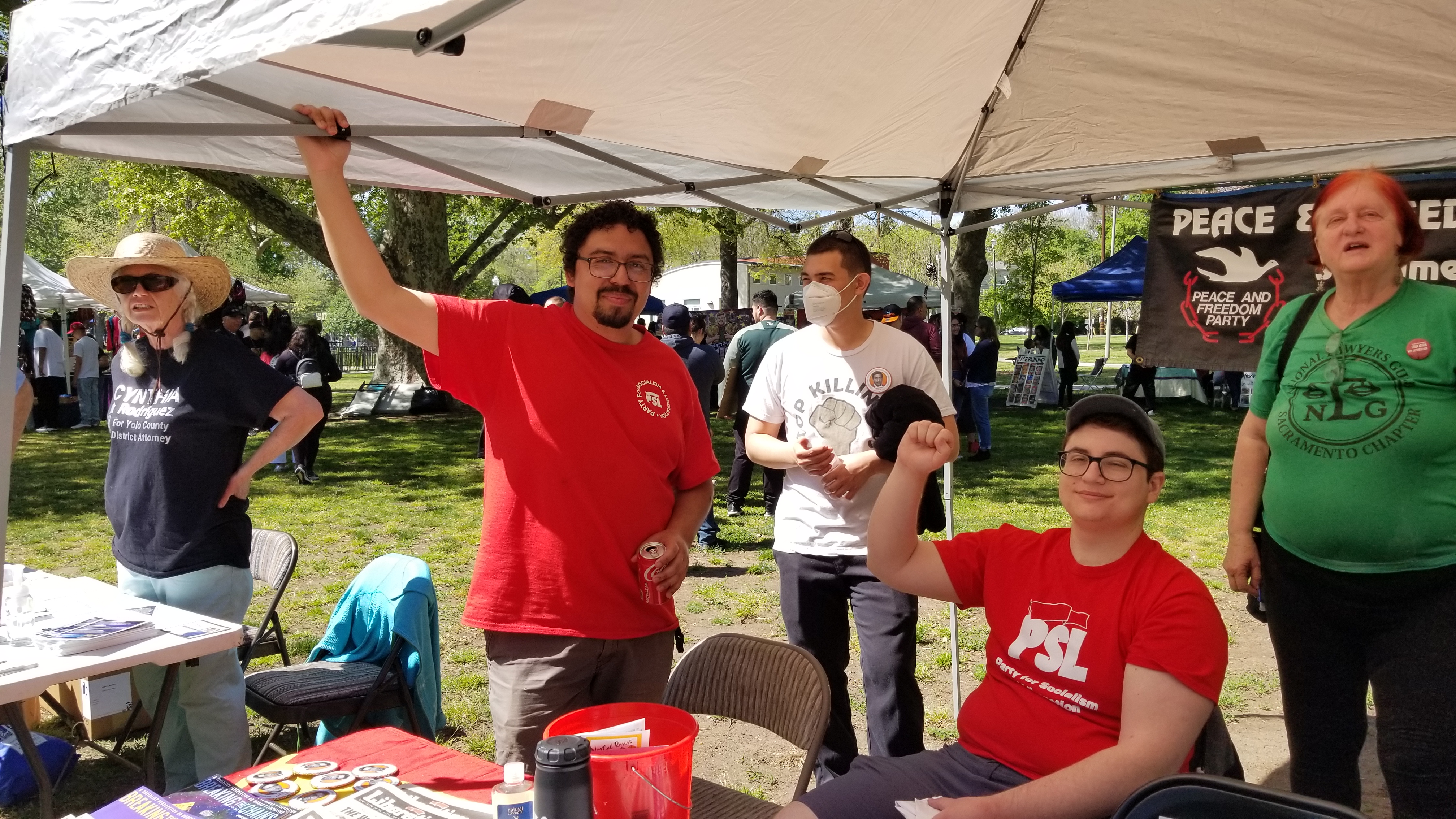 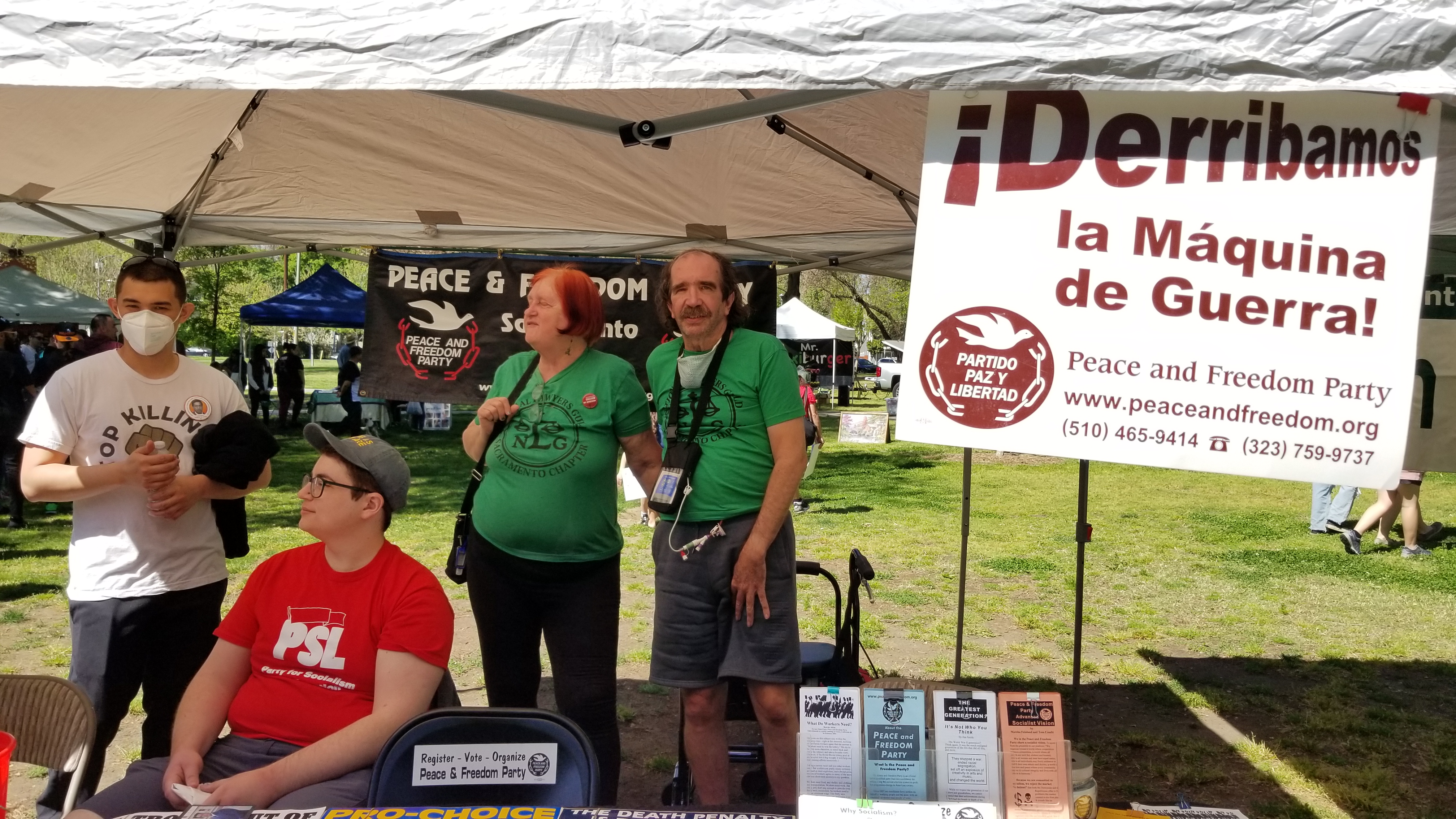