The role of the police is to maintain order. Their tools are the billy club, the gun, and other means of brute force. When you call 911 because of any crisis, including mental health emergencies, the police are the first responders. The consequences are often fatal, especially when the subject of the call is a person of color or gender non-conforming.

The Peace and Freedom Party State Central Committee voted at its June 14, 2020, meeting to support AB 2054, the CRISES Act, which would create pilot programs so that  community agencies could replace the police as first responders in certain situations. The bill passed the California State Assembly on June 18 and has been sent to the State Senate Rules Committee.

The portion of the bill explains its rationale:

The complexities of emergency issues surrounding crises in mental health, intimate partner violence, community violence, substance abuse, and natural disasters can, at times, be addressed more safely, with greater impact, and more cost-effectively and efficiently with community organizations, which often have deeper knowledge and understanding of the issues, trusted relationships with the people and communities involved, and specific knowledge and relationships surrounding the emergency.

Furthermore, young people of color, people with disabilities, people who are gender nonconforming, people who are formerly incarcerated, people with immigration status issues, and people who are unhoused or homeless, face significant barriers to engaging with law enforcement and other first responder personnel….Community organizations that specialize in working with these populations, understanding their issues, and maintaining deep relationships in their communities have a more successful track record of engaging and supporting them.

This bill would establish a commission to select up to 12 community agencies in California to receive grant funding to carry out the mission of the act. It does not specify where the funding will come from, and if the money is not raised, the programs will not be funded.

Groups such as the Anti Police-Terror Project and the American Civil Liberties Union support this bill. We agree that it is a step towards replacing the police with qualified service providers who are able and willing to interact appropriately to help people in crisis. More is needed to ensure that money for these programs is made available, and that it comes from the budgets currently funding police and prisons, and not from programs that support the needs of working-class people. 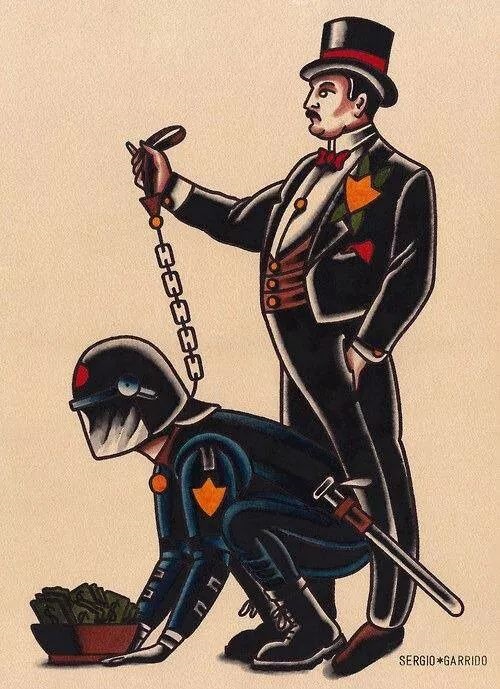