The following article was originally published at Liberation News. The full version may be read here.

The results are in! Revolutionary socialist congressional candidate José Cortes received 3,343 votes in the San Diego, California, primary race. Cortes, a member of the Party for Socialism and Liberation (PSL) and Peace & Freedom Party, ran against Republican Stan Caplan and corporate Democrat Sara Jacobs for the seat in California’s newly formed 51st House of Representatives district.

Cortes also ran for Congress in the old 50th district in 2020. Amid record-low turnout in a district where half as many people voted as had voted in 2020, Cortes doubled his tally in ’22. Growing support for José Cortes, the Peace & Freedom Party and the PSL is further evidence of an observation made by socialist presidential candidate Gloria La Riva said in 2019: “the fog of anti-communism is lifting.”

The Cortes for Congress program centered on pro-working class demands such as housing for all, Medicare for All, ending all U.S.-involved wars and interventions overseas, full rights for all immigrants, reparations for oppressed peoples, jailing killer cops and defunding the police. While discussing his program at an African Liberation Day celebration on May 27 at the San Diego Justice Center, José told an engaged audience, “We’re actually in a conflict not just between ideas, but between classes.” 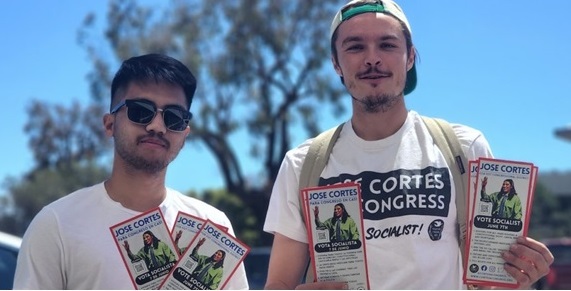 Achievements of the Cortes for Congress campaign

In addition to doubling his previous vote count, the Cortes for Congress campaign raised over $7,000, which helped José get on the ballot. Donations – large and small – poured in from working-class supporters across the country. The fundraising made it possible to obtain a voter guide statement that was sent to hundreds of thousands of voters in the district.

The campaign hosted or participated in events and demonstrations condemning NATO’s role in the Ukraine war, protesting the Rittenhouse verdict and demanding the cancellation of rents and mortgages. Cortes and campaign volunteers also took to the streets in anticipation of the Supreme Court overturning Roe v. Wade, helping PSL San Diego rapidly mobilize and organize several abortion rights actions in recent weeks and months.

While there was not a single forum or debate held for the candidates in this race, Cortes’ campaign was featured in several major local media outlets such as the San Diego Union-Tribune and Times of San Diego. 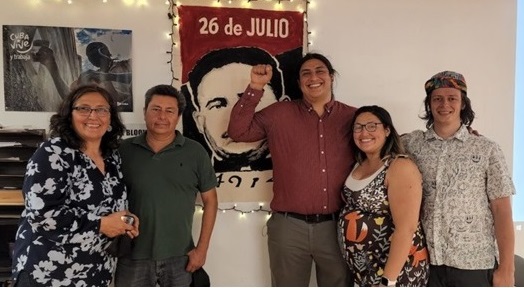 Reflections on the campaign

Talking about the challenges of running a campaign while working at a call center full-time, José said to Liberation News, “Our campaign would routinely have to put in long days at work, followed by evenings filled with doing outreach outside of local grocery stores, malls and anywhere where working people could be found. Meanwhile, the ruling-class parties enjoyed paid staff and candidates who could run full-time without needing to have a real job.”

The campaign’s volunteer staff was made up entirely of working-class people and students. Campaign volunteer Max Lamangan told Liberation News, “The biggest challenge was balancing all of the tasks required for running a campaign that are typically delegated to a larger campaign team in the major parties.”

The Cortes for Congress campaign demonstrated a strong sense of solidarity and perseverance. Given the obstacles put in front of socialist parties trying to make a splash in the U.S. electoral arena and the challenges of campaigning during a pandemic, the outcomes are remarkable. “Seeing our people actualize their own power and participate in campaigns to not just fight, but win real material changes in their lives, opens the doorway to a socialist future,” says José.