Party State Chair Kevin Akin says, “Our numbers have been climbing for years, and it is satisfying to see that they are still going up.  We think that more new voters have been checking us out online, and our forthright advocacy of socialism is appealing to more and more young voters.”

Two months before the Gubernatorial Recall Election, the new report on voter registration from the California Secretary of State gave the number of Peace and Freedom Party voters as 109,963.  At just under 110 thousand, this was an historical record already – but the number was exceeded in the next report, which gave the number of voters in each party fifteen days before the election. The exact number in the latest report is 110,576.

A few years ago, the Peace and Freedom Party was the smallest ballot-status party in the state.  It is now the second-smallest party and is gaining on some of the others.  The numbers are probably up again by this time, though another report will not be issued by the Secretary of State until early 2022.  Thousands of additional voters registered on Election Day, September 14, 2021.  And voter registration will continue as the 2022 elections approach.

“Peace and Freedom Party registration is highest in strongly working-class districts and districts with higher concentrations of people of color,” reports Akin.  “Our strong positions in favor of workers’ rights and against racism and discrimination have a lot to do with this.” 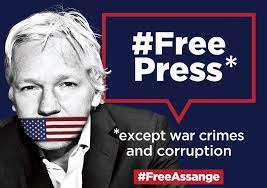