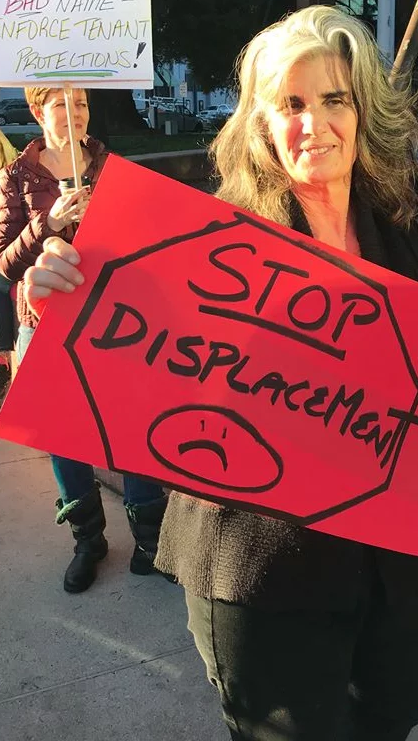 Tania Sole is running as a Green Party candidate in California’s 21st Assembly District, located in San Mateo County. Born in New York to a Guatemalan father and a mother who was a daughter of German Jewish refugees, Tania Sole has lived in San Mateo County for 30 years. Her three main issues in the campaign are housing, water, and healthcare.

She requested the endorsement of the Peace and Freedom Party, and on January 27th the State Executive Committee voted to endorse her campaign. She will be on the ballot in the June primary election.

On housing, Tania criticizes the Legislature for misdirected effort. They passed SB 9 and SB 10 with a lot of rhetoric about affordable housing, but in fact all those bills did is make it easier for profiteers to build expensive housing. No benefits trickled down to us. We need a real program of construction of affordable housing, not to benefit the profiteers but to help ordinary people who are being priced out of neighborhoods now.

The big agricultural corporations have a stranglehold on most of California’s water supply at very low rates, with consumers paying high rates which subsidize corporate profits. Now Big Ag is demanding that taxpayers pay for expensive water infrastructure “improvements” that would only benefit their corporations.

On healthcare, Tania says that the present pandemic shows more than ever that we need Universal Healthcare now.

For more information or to volunteer/contribute to Tania’s campaign, please see the official campaign website at TaniaSole.com. For all news on Peace & Freedom Party-endorsed campaigns in California’s Election 2022 races, click here.