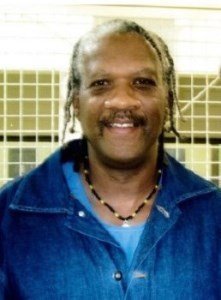 Carole Seligman, author of the following piece, is a longtime Peace and Freedom Party registrant who is an anti-death penalty and anti-prison activist and a socialist. This article is reprinted from Socialist Viewpoint with permission.

Kevin Cooper, a leading death penalty abolitionist, who has been serving a very long prison term on California’s death row – over 37 years! – has just reached an important milestone on his road to exoneration and freedom.

Governor Gavin Newson, in an executive order issued on May 28, 2021, appointed a prestigious law firm to “conduct a full review of the trial and independent records in the case and of the facts underlying the conviction.” Newson’s order directs the law firm – Morrison and Foerster – “to investigate, report, and make a recommendation” concerning Kevin Cooper’s application for clemency and his claims of innocence, as well as to evaluate “recently conducted DNA tests.”

Socialist Viewpoint has been following Kevin Cooper’s struggle for many years, printing articles by him and about his case of innocence in the brutal homicide of a family, the Ryans, and their young guest, Christopher Hughes, in 1983 in Chino Hills, San Bernardino County in Southern California. The evidence of Cooper’s innocence is extensive.

The one surviving victim of the murders, 8-year-old Josh Ryan, signaled to investigators that three white men had killed his family. Kevin Cooper is a Black man. Witnesses reported seeing three white men driving in the Ryan’s vehicle the night of the murders and other witnesses reported three white men in bloody clothing acting strangely in a nearby bar. Also, the girlfriend of one of the possible killers turned in a pair of bloody coveralls belonging to the boyfriend to the sheriff’s department, who subsequently discarded them and lied about who ordered it.

The Ryan’s car was found with blood on three seats in the vehicle. These are only a few examples in a case rife with evidence of corruption and misconduct by the sheriff’s department, the D.A., and judges who ruled against Kevin Cooper in the trials and appeals which upheld his conviction. Evidence in the case, Kevin Cooper’s attorneys have pointed out, was mishandled, tampered with and destroyed.

One of the really shocking facts about this case is that the victims had been stabbed or slashed a combined 140 times with at least three weapons and that the murders were completed in a very short period of time – only a few minutes – an impossibility for one perpetrator.

And at a time when frameup convictions are being questioned and reexamined throughout the country due in large measure to racist frameups against Black and Latinx people by police and district attorneys, the San Bernardino DA’s office continues to defend its conduct and calls Governor Newsom’s order “inappropriate.” The SBDA office continues to defend its role in the framing of Kevin Cooper even when sheriff deputies involved in the case were found to have stolen large quantities of heroin, stolen a huge number of guns from police lockers, lied about lab results of evidence tested, mixed blood of more than one person in an evidence test tube, lied in court about evidence, and so much more.

It has taken major national attention from important media sources such as the New York Times, which printed a lengthy investigation of Cooper’s case by Nicholas Kristof, and the CBS television documentary program, 48 Hours, directed by Erin Moriarty, as well as articles in the Washington Post, L.A. Times, and several others, including the SF BayView, several internet publications such as ScheerPost, and many leftwing periodicals. Socialist Viewpoint has printed many essays by Kevin Cooper, who is acknowledged within the community of death penalty abolitionists and prison reformers as a leading spokesman for abolition and justice. The NAACP Legal Defense Fund had called on the governor to investigate the case, saying that “it was marred by racial discrimination.”

The defense attorneys and investigators of Mr. Cooper’s case have continued their investigation of the facts and evidence over the years of the appeals and subsequent requests for clemency from three different governors. So, supporters hope the investigation by the law firm appointed by Governor Newsom will be conducted expeditiously and that Kevin Cooper will walk out of San Quentin State Prison this year. It’s well past time for a full exoneration!

Write to Kevin Cooper at